Essay contest for the youth 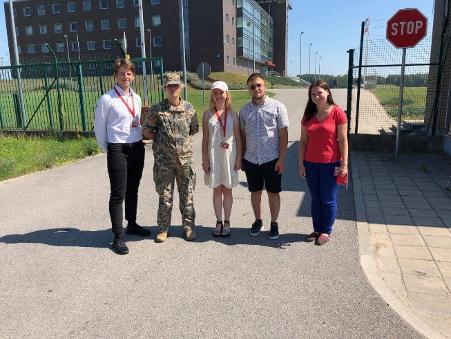 Essay contest for the youth

In 2018 for the third time, the Latvian Transatlantic Organisation in cooperation with the Ministry of Defence, organised an essay contest for young people under 21. Participants were invited to write their reflections on two topics: “NATO’s role in the security of my country” and “Why is it important to protect Latvia?”.

The winners had the chance to visit the National Armed Forces Air Force Aviation Base in Lielvārde, where they had a chance to view helicopters “Mi-17”, the aerodrome fire-fighting equipment, and meet with soldiers from the U.S. who introduced the youth with their equipment and weapons. The contestants also met with aviation-base soldiers of the National Armed Forces, who trained them how to handle an anti aircraft missile simulation system.

The essay contest was organised in 2016 for the first time. The youth were asked to express their opinions on the question “Security and Defence of Latvia – the honour of every national patriot: what can I do for the security of Latvia?”.