The Rīga Conference 2021 has concluded 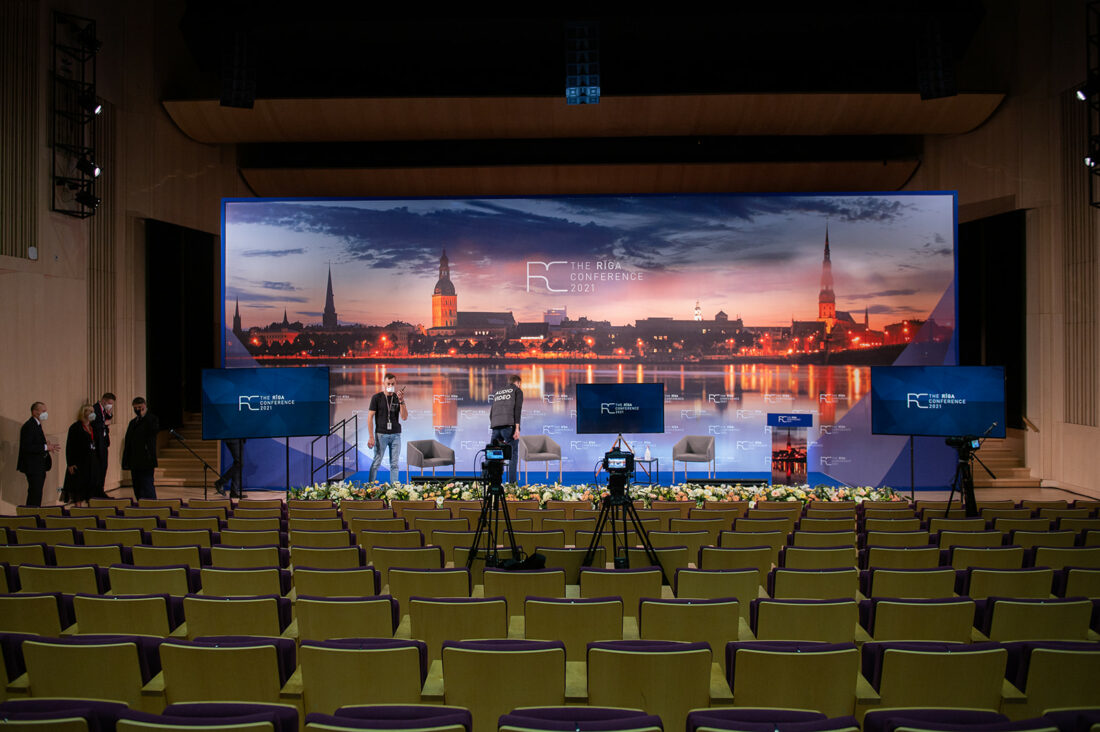 The Rīga Conference 2021 has concluded

On October 15 and 16 the annual security and foreign policy forum The Rīga Conference 2021 was held. In the span of two days, political leaders and experts from all over the world came together to discuss global issues.
The event started with remarks from the UN Secretary-General António Guterres, the Prime Minister of Estonia Kaja Kallas, the Prime Minister of Latvia Krišjānis Kariņš and the Minister of Foreign Affairs of Latvia Edgars Rinkēvičs. During the first day, topics such as Europe’s global role and influence, the future strategies of NATO and its responses to security threats, and the EU Green Deal were covered. Alongside these panels, a discussion on the security of the Baltic Sea region and interviews were held. At the end of the first day, the participants were addressed by the Mayor of Riga Mārtiņš Staķis. Later on, participants had the opportunity to participate in the night owl sessions where they discussed Ukraine’s path towards the membership of the EU and NATO, domestic and regional challenges in Belarus, and conventional and nuclear deterrence.

The second day of the conference included panels on data as a new frontier of power, foreign challenges in the Baltic region, the difference between fighting a war and maintaining peace, reconsidering the global order, Afghanistan since August 2021, Russia in the international system. Throughout the day, participants could listen to multiple interviews. The event was drawn to an end with the concluding remarks by and the Minister of Foreign Affairs of Latvia Edgars Rinkēvičs and Chairwoman of the board of Latvian Transatlantic Organisation Žaneta Ozoliņa.
Recordings of panel discussions and interviews will be available on the Rīga Conference website as well as the Latvian Transatlantic Organisation’s Youtube channel.

Initially, the Conference planned to host several hundred participants. However, the conference accommodated a significantly smaller number of participants on-site to minimize any risks associated with the spread of COVID-19. Additional networking events had also been cancelled, thus leaving only work discussions. Only those participants and media representatives who presented an interoperable EU certificate confirming vaccination or recovery from the COVID-19 virus were able to enter the venue of the conference. A broader audience was able to follow the livestream of the main program on The Rīga Conference website as well as on Facebook, Youtube, and other internet platforms in Latvia and through international media.