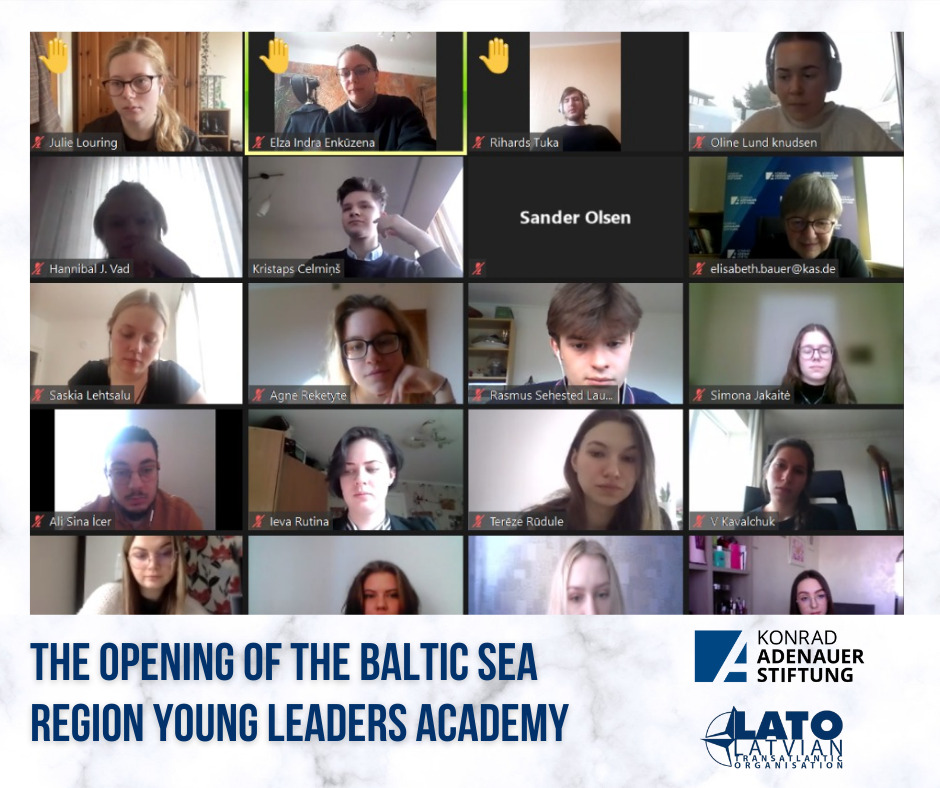 The Baltic Sea Region Young Leaders Academy, organised by the Latvian Transatlantic Organisation (LATO) and the Konrad Adenauer Stiftung Baltic Sea Region (KAS), took place from 27 March to 8 May 2021. During the six weeks of the project, participants from nine countries gained new knowledge online in lectures, discussions, and practical masterclasses.

The Baltic Sea Region Young Leaders Academy is the third project of this format that LATO and KAS have implemented since the beginning of the COVID-19 pandemic. The project was originally organised for young people in Latvia, then for participants from Latvia, Lithuania and Estonia, and this time the for the whole Baltic Sea region, involving participants from Latvia, Lithuania, Estonia, Finland, Russia, Norway, Denmark, Poland, and Germany.

After the academy, the members of the academy expressed their gratitude to the organisers for the opportunity to get to know other active young people from other countries during the pandemic, while gaining valuable knowledge and skills that can then be applied later in life.