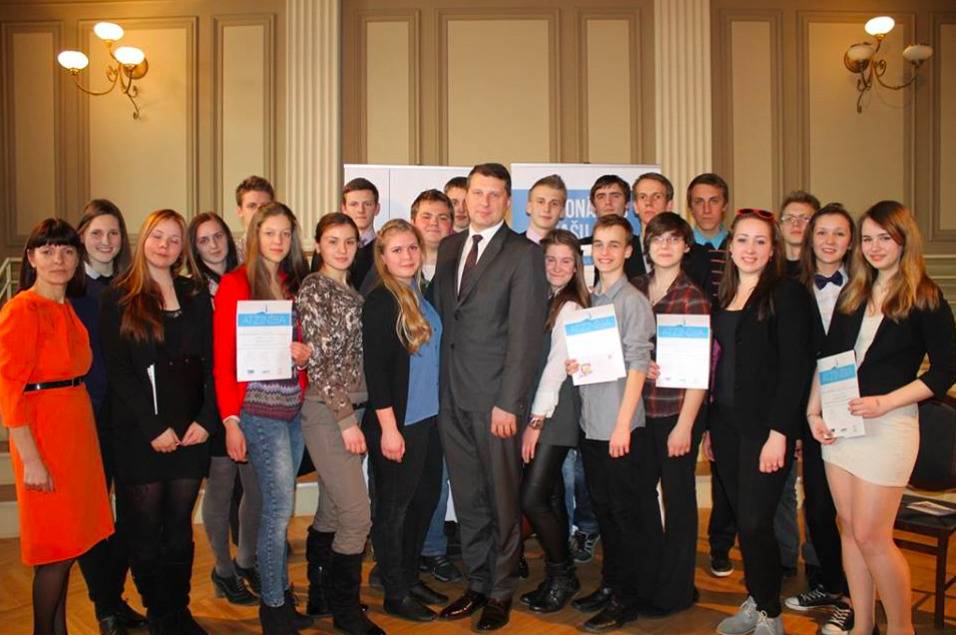 On 29 March, 2014 in the Riga State Secondary gymnasium the annual National Popper Debate Tournament took place. This time, the youth discussed the question “Latvia‘s participation in NATO has/has not improved Latvia‘s external security”. The tournament brought together 44 teams, including 132 debaters, 21 debate coaches and 28 judges from all over Latvia.

Defence Minister Raimonds Vējonis praised the erudition and skills of the young people and congratulated the winners, as well as asked the youth to continue following the topic of security issues, because, as the recent events in Ukraine show, the topic should not lose its spotlight.

The debate tournament was organised by the Debate Centre and the Latvian Transatlantic Organisation with the support of the NATO Public Diplomacy Division.