Gunda Reire: A Clever Servant But A Dangerous Master. Societal Responses To Technological Development And The Infodemic 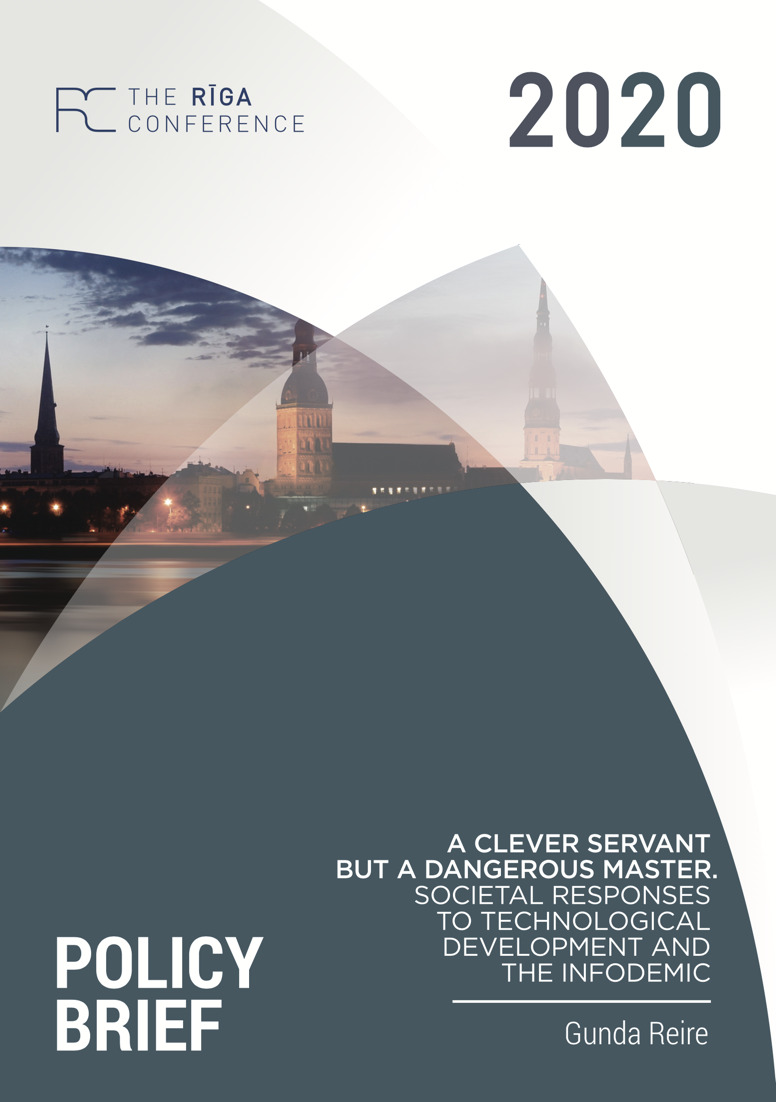 Gunda Reire: A Clever Servant But A Dangerous Master. Societal Responses To Technological Development And The Infodemic

The Fourth Industrial Revolution is not a prediction anymore; it is here and it reaches far beyond technology development and future economy. Its speed is exponential, accelerating deep systemic change in every aspect of human life and societal transformation. The question is whether societies around the globe are evolving at the same speed, and when they will not be able to adapt to the pace of technological development accordingly. Maybe it is happening in a subtle but overwhelming way already at the moment? What are the conceptual paths to address this paradigm change adequately – internationally, nationally, and on a societal and individual level?

We can already see both the disruptive and the highly creative nature of technologies’ impact on human lives. A vivid example is modern information technology. It enables the spread of information at enormous speed and volume, and it affects national and international economies, politics, security and societies in general. An expression gaining traction, and coined originally by David J. Rothkopf, “Infodemic”, is a fusion of the word “information” and the word “epidemic” that refers to a rapid, overwhelming and far-reaching spread of both accurate and inaccurate information on particular themes and issues. Seen in this light, the Infodemic potentially can do more harm than the pandemic itself.

New technologies already have influenced the perception and the core value system of societies. A tantalizing question remains – for better or worse?