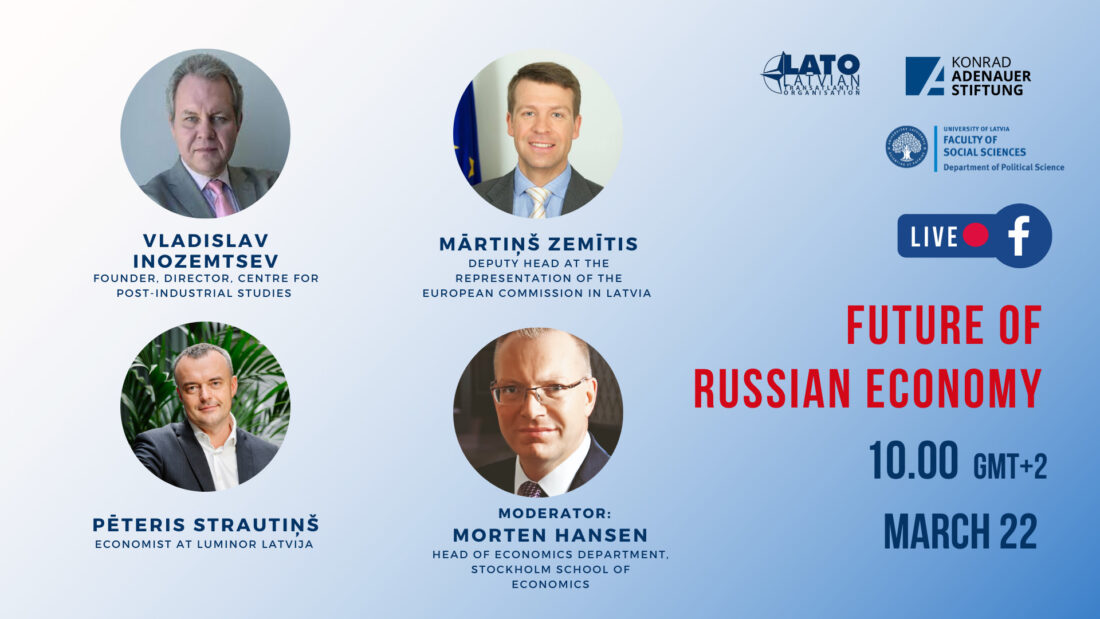 On 24 February Russia launched full-scale military invasion in Ukraine. In response to Russian War against its Western neighbor, Western countries unleashed unprecedented sanctions with the aim to indispose the Russian economy and thus restrain the war. As a result, the Russian economy is directed to fall in a deep recession. The ruble has collapsed to all-time low. The risk of default is rising. Western collective reactions and imposed restrictions make Russia to fall into isolation from the Western world and major global markets for a longer term.

What are the consequences for the Russian economy? What are future scenarios of Russia’s involvement in global markets? These are some of the questions experts will try to answer.

Latvian Transatlantic Organisation (LATO) in close cooperation with the Konrad Adenauer Foundation in Baltic States and Faculty of Social Sciences, University of Latvia is organising the Rīga Conference discussion “Future of Russian Economy” on March 22 at 10.00 GMT+2.

The discussion will be live streamed on LATO, Faculty of Social Sciences, University of Latvia, and Konrad Adenauer Foundation in Baltic States Facebook pages.