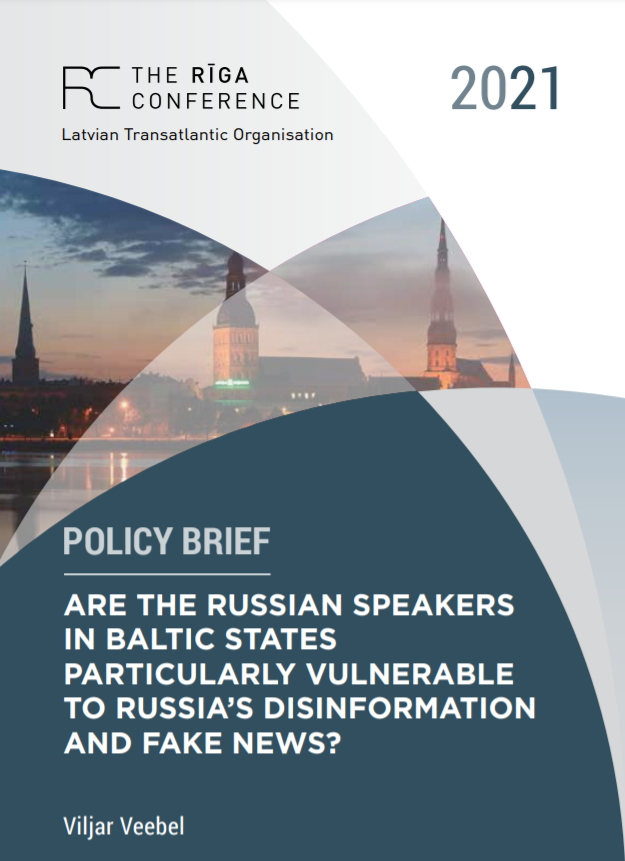 The study reveals that in all these categories, Russian speakers in Estonia and Latvia often seem to feel sympathy for Russia and some mistrust as far as Western countries, the NATO alliance, and the local government are concerned. This makes some topics particularly “promising” for Russia to attack in their strategic narratives and disinformation campaigns, referring mostly to the role of NATO and its presence in Baltic states, the protection of the human rights of ethnic Russian minorities living abroad, language based discrimination, and weakness of the local state institutions. To make the Baltic societies more resilient to Russia’s propaganda, according to our study, counteractions should be more targeted towards actively explaining the importance of the NATO alliance and focus more on issues related to protection of human rights and language-based discrimination.