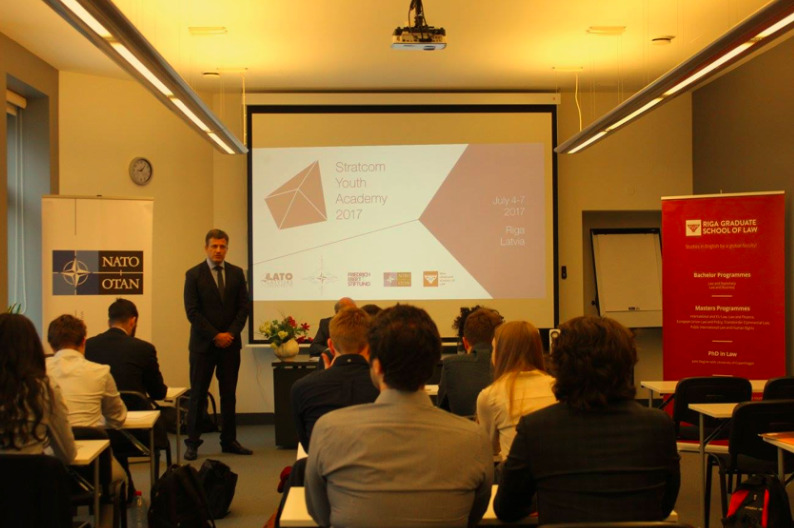 In 2017, from 4 to 7 July, the Summer School for Youth on Strategic Communication took place. It gathered 18 participants from 14 different countries.

Young people discussed the role of strategic communications and media in modern politics during multiple lectures and seminars. The role of media was discussed in the electoral context, including the rise of populism and the right–wing in Europe and the US, the role of Russian media – from soft power mechanisms to the occupation of Crimea, as well as the role of social media in the hands of terrorists – from recruitment to combating terrorist networks.

As part of the event, young people were also able to attend the conference organised by the NATO Strategic Communications Centre of Excellence: “The Riga StratCom Dialogue. Perception matters‘.

The summer school was organised by the Latvian Transatlantic Organisation in cooperation with the NATO Strategic Communications Centre of Excellence, with financial support from the NATO Department for Public Diplomacy and the Friedrich-Ebert-Stiftung in Baltic States.