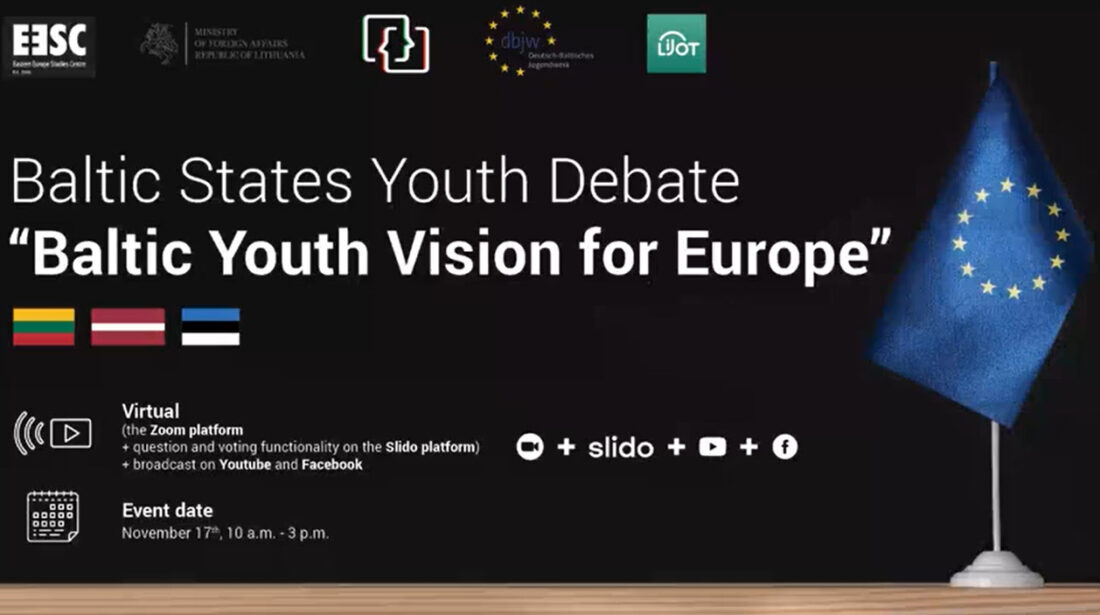 The event gathered students from Estonia, Latvia and Lithuania, representative from ministries of foreign affairs, and other experts to debate on the European Union.

Sigita Struberga was one of the Commission members for the debate panel “Common EU security and defence policy – is it time to establish an EU military?”. The main goal of the event was not to select the best debater but rather give insightful feedback on how the participants performed and how they presented their arguments.

The event took place in the framework of the Conference on the Future of Europe which is a citizen-led series of debates and discussions that enables people from across Europe to share their ideas and help shape our common future.

Watch the recording of the event here: