Aliaksei Kazharski: Belarus and the EU after the 2020 Awakening: Limited Room for Maneuver? 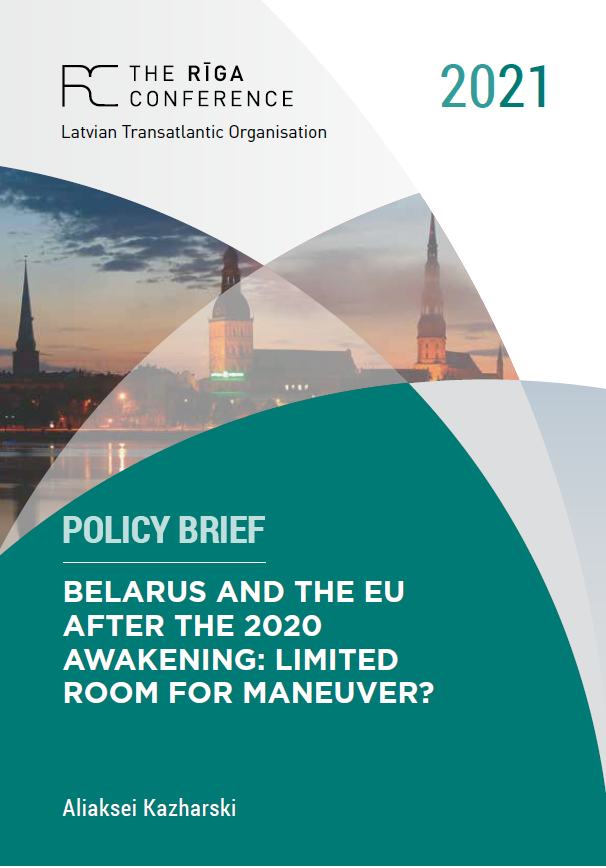 Aliaksei Kazharski: Belarus and the EU after the 2020 Awakening: Limited Room for Maneuver?

The year 2020 brought unprecedented change to Belarus. Following evidence of massive fraud during the August presidential election and the ensuing brutal crackdown on protestors, which included violent deaths and tortures, Belarus’s civil society found new forms of mobilization and selforganization resulting in hundreds of thousands of people taking to the streets. The mass protests, which continued for several months, did not bring about a quick regime change. However, the 2020 events dealt a severe blow to the political legitimacy of Aliaksandr Lukashenka. The old model, in which the majority of Belarusians exchanged political non-participation for social stability and a modest growth in living standards, finally came to an end. The regime reorganized itself, with the so-called siloviki (the police and secret services) now becoming its main pillar. In response to the mass mobilization of the civil society, repression against political opponents surged, and Belarus clearly started exhibiting totalitarian tendencies. Internationally, Lukashenka was once again isolated from the West. This put an end to the previous period of rapprochement with the EU, which followed the 2014 Ukraine crisis. Some expressed fears that Russia would take advantage of the situation and absorb Belarus.

As Belarus came into the spotlight of international attention, various experts and commentators drew quick analogies, some of which, however, could be rather misleading. Instead of comparing Belarus to other countries, this paper sets the present state of affairs in Belarus against the background of previous developments. Over the years, Minsk’s relations with the European Union and Russia tended to develop in cycles. Domestically, these cycles were marked by increased political repression or relative liberalization of the political regime. This paper argues that, even if the present situation is to be seen as yet another such cycle, it would have to be characterized by new circumstances, under which the options of all players involved are severely limited and the room for maneuver has decreased.